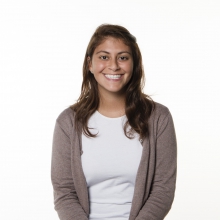 Throughout the development of this project came to be due an ongoing research that kept adjusting
according to what was found, until it finally led to the identification of a specific niche in need of a service we call MAVEN.

The first concept that was researched was that of how we interact with one another in society today. Insights showed that the fast advances in technology were taking us to want to remain connected, even though our actions showed that we were becoming every time more disconnected. In the mist of these findings there was always a demographic group that continuously appeared as both excluded or forgotten by designers in general. This group was the one made up of people known as senior citizens which are those 60 years or older and mainly those who have reached retirement. Studies show that this demographic population growth has been expanding at such a fast rate since 2010, that is has become a macro trend, which doesn’t seem to disappear any time soon.

For the first time in history, today we have more 60+ people than kinds below 5. This switch in the demographic pyramid of world’s population rose many personal concerns and questions that not only related to well being and social inclusion of senior citizens, but also to how we, as a society, might be affected by aging population. As more seniors retire, they are taking with them their life and skill expertise from which younger generations could benefit. In the craftsmanship industry for example the lack of expertise retained in the industry is affecting the quality and lifecycle of crafted products. Also the new craftsmen are not developing the amount of knowledge and skills necessary due to the lack of programs that retain heritage and useful expertise they could use to make their businesses flourish.

In order to feed both the needs of new craftsmen and in order to preserve senior expertise, Maven was developed. We are a service that uses technological tools in order to understand unique mastery skills from exceptional crafts professionals, we help preserve it and then transfers it as a learning, mentoring or advisory program to new craftsmen. We aim to preserve craft heritage so new craftsmen can carry on mastery legacy.

Send it to your friends